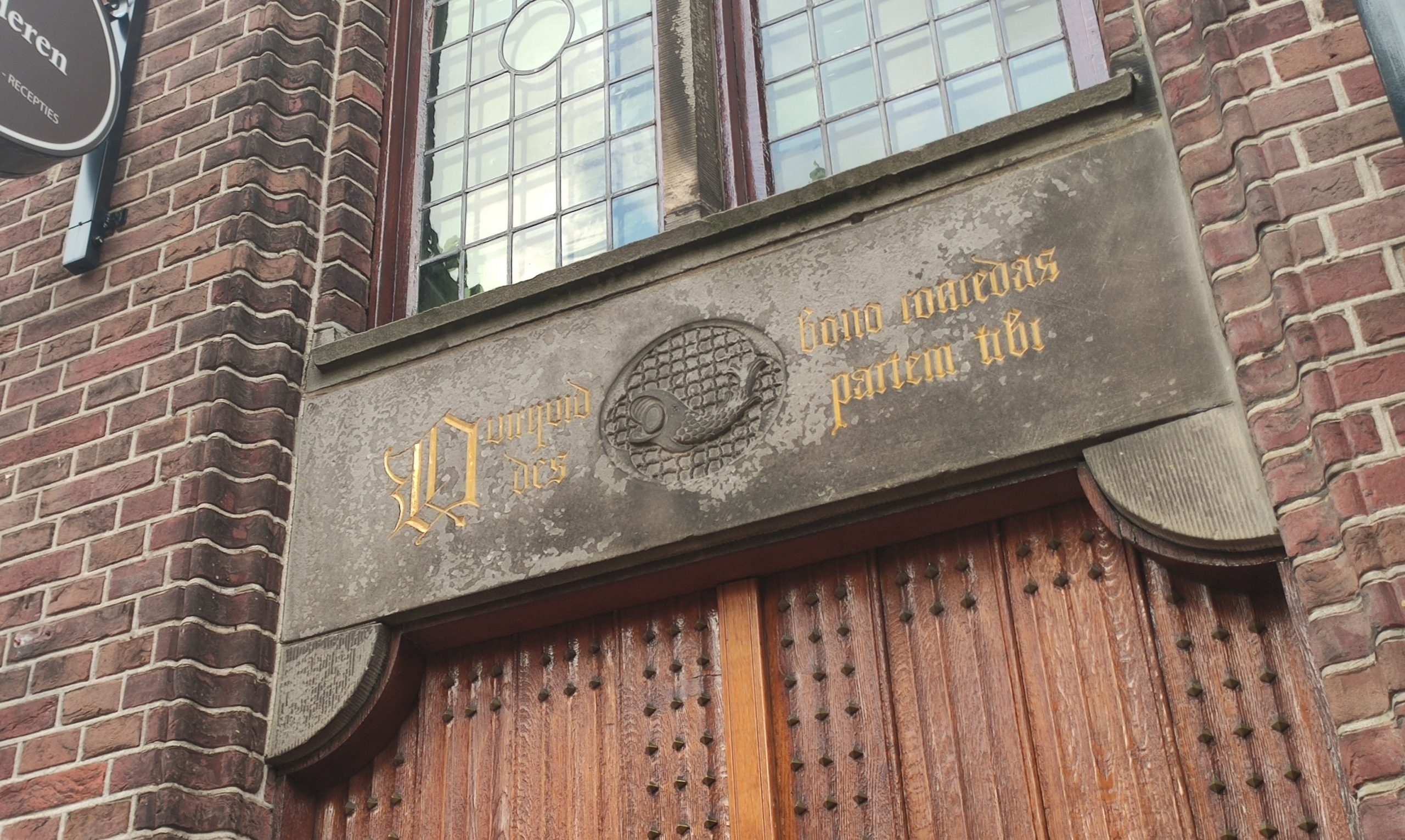 What do this text (first century BCE), this building (1912) and the Rolling Stones (1962) have to do with one another? And what’s Alexander the Great doing on the Martinikerkhof? Even if you’ve been living in Groningen for years, you’ve never seen the city from this angle. Or are you just visiting the city? Then you may want to get to know Groningen in an unexpected way – especially if you get to explore some of the city’s prettiest spots at the same time.

In this tour, you go on a city walk with Sjoukje, a real epigraphist: an expert in inscriptions and public writing. She takes you to a number of historical Latin inscriptions in the centre of Groningen, translates all texts and tells you about their meaning in relation to the buildings that support them. The theme of the tour is the role of public inscriptions in general, and of the Latin language specifically, in the urban landscape of Groningen throughout the years. Even if you’ve been living here for years, you’ll learn something unexpected about the city.

Sjoukje Kamphorst is writing a PhD on ancient Greek inscriptions at the University of Groningen but is interested in anything that has to do with writing in public space. Since she also reads Latin, one of her favourite things to do is explain texts that would otherwise remain incomprehensible to many.

Because of the new corona measures that were instated from September 29th onward, all tours are temporarily cancelled. Stay tuned for updates once measures are lifted.

Corona-proof: the tour takes place entirely outside, and is limited to a total of 10 participants, to comply with the regulations of our current 1.5-metre-society.

The next tours are planned on:

Do you want a tour on a different day or time, or do you need more information? Get in touch with me through the form or through groningen@latijnopstraat.nl. Booking an extra tour is possible from a minimum of 4 participants.